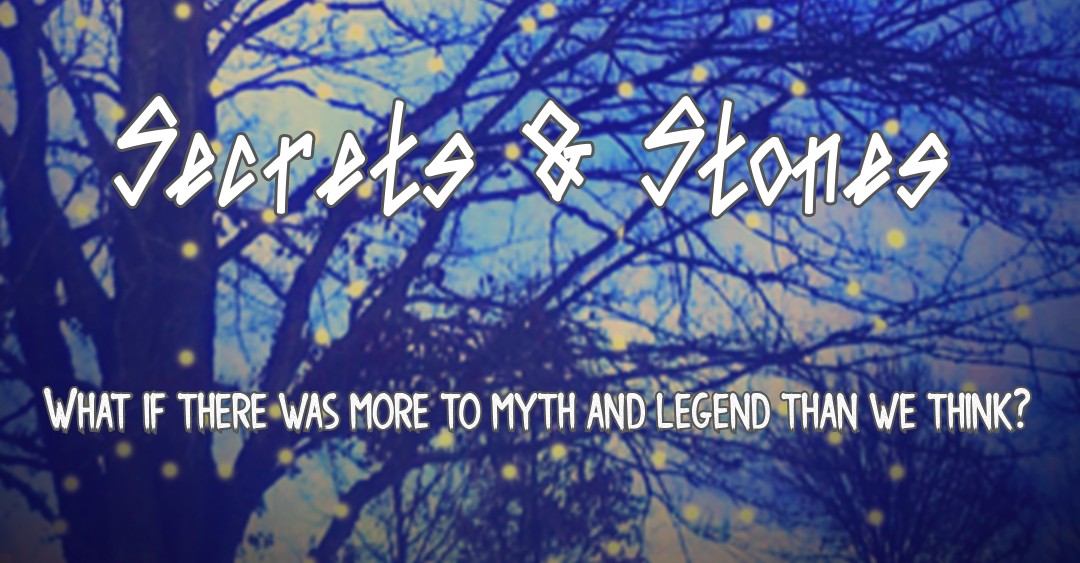 About the Secrets and Stones Universe

The Secrets and Stones Universe asks the question, what if there was more to myth and legend than we think?  When we read or hear the legends of any particular place or culture, we automatically discount tales of fantastic creatures or feats of magic because such things are not real and never were. Or so we believe.

What if these stories were at least partially true and merely exaggerated? What if there were Fae and sphinx and chimera and others before something happened to drive them into hiding or extinction?

The stories contained within this universe currently center around 1st Century Ulster under the reign of King Conchobar MacNessa and just after his death.

“You said you found her behind a tree?” Shea asked, looking down at the child.

She was a small thing, scrawny really, and no older than perhaps five. Her clothes were well worn with the soles near walked clean out of her shoes. Painful looking circles lay under her eyes, and her long, dark hair was bound back in a rough braid.

Daithi nodded. “She was curled into the side of a bard leaned up against it, dead,” he answered. “Half frozen herself.”

“Some power or other was looking after her, that’s for certain, this time of year,” Shea agreed. She gestured toward a bundle in Daithi’s hand. “And that?”

“Instruments the bard had when we buried him,” Daithi answered. “They’re her’s by rights.”

Surprised, Shea looked away from the girl, now trembling under the pile of what blankets she had, to consider the half-grown lad in front of her. Reaching out, she took the bundle from Daithi and set it beside the bed. Shea settled her cloak over the child as well. Then she crossed the few steps to stand in front of Daithi.

“You’re a good boy,” she said, patting his cheek. The way his face went red and he started sputtering at the praise made her smile. “There’s plenty who would have taken the bard’s instruments and left her there to die with her Da.”

“I couldn’t do that,” Daithi protested with a shake of his head. “She’d have haunted me for sure.”

Outside the cabin, the wind howled through the trees, while inside, the old woman’s fire was nearly out. Her breath rattled in her chest as she slept, huddled under worn blankets she’d made as a girl.
​

Avon dabbed at Shea’s forehead with a damp cloth, washing away the fever sweats as she weighed her options. She’d used all the wood and kindling she’d been able to gather this morning to build the fire, and it was already waning with dawn still hours away. The winds started up midday, and they’d been so strong Avon was forced back to the cabin early. That’s when she’d found Shea, white as the snow falling outside and crumpled on the floor.


The old woman didn’t own much. Avon looked about the small cabin for anything to burn. The table and two chairs were too big and costly, and she doubted what crockery Shea owned would burn. She’d send her to bed without supper for a week if she tried anyway.


The wind shifted and a draft of icy air made Avon shiver. She looked over at her cot, longing to curl under the warm blankets and snuggle into the mattress. Sighing, she finished washing Shea’s brow and returned the cloth to the bowl of water.


One of the sticks in the fire popped. The flames flickered lower.


Groaning, Avon shivered. The only other things in the cabin were Shea’s water bucket and broom. Neither would serve to fuel the fire without incurring Shea’s wrath when her fever broke, and Avon had yet to start a fire by herself without hot embers to aid her. It was getting colder, and Shea would need more tea to bring her fever down soon.


“What am I going to do?” Avon muttered as she stood. She returned the bowl to the table and scurried over to her bed. Burrowing into the soft mattress, she pulled her blankets up to her chin, praying a bit of warmth would help her think.


She felt compelled to wrap every blanket she could find about herself and go out looking for wood, but what good would that do? It was dark and cold and the snow was blinding. Maybe she’d find a limb blown down near the house, but with the way the wind was howling, just opening the door could kill the fire.


A draft ruffled the hair at the nape of Avon’s neck. She shuddered and pulled the blanket higher. As she dropped her arm, the blanket wafted musky air thick with the scent of mold from the bed. Avon gagged and squeezed her eyes shut tight, picturing a warm spring day when she could stuff her mattress with fresh, sweet rushes.


Avon sprang from her bed and ripped open her mattress. The old rushes were decaying, but they’d burn. If it meant she and Shea would make it through the storm, Avon figured she could sleep on the slats until spring.

He hadn’t seen the old man since the night his father died. Cathbad leaned on the staff Connor would have sworn he carried only for appearances a year ago. His bushy, white beard and locks were gone, replaced with a woolen cap and patchy scruff along his jaw. He looked smaller, weaker, and far older without the cloud of hair and the pronounced stoop in his posture.


Cathbad’s apprentice followed close behind. She was loaded down with two bags that must weigh half as much as her. Moonlight glinted in her eyes as they appraised Connor and the other two strangers gathered within the clearing.


The wind shifted, and the pungent odor of damp fur assailed Connor’s nose. He fought the urge to stare at the sphinx female crouching across the way. Her unease with his presence and that of the hunter standing between them was palpable from the moment they’d entered the glen. Connor shuddered and swiped at the back of his neck, trying to get the small hairs there to lie back down.


“Why have you called us here?” asked the sphinx.


“Cuchulain is slain,” said Cathbad. “Ulster is without an heir, and Maive will hear of it soon.”


“Why have you called us here?” Connor repeated. “Do you expect us to bury him in secret?”


“No, young healer,” Cathbad answered. Anger flashed in his eyes before it cooled to sadness. He sighed. “As in times of old, we must turn to Tír na nÓg and its king for aid in king making.”


“A druid’s task,” Connor said. “Are you so old, you cannot perform your duties?”


“Cathbad is ill, and time is short,” snapped the old man’s apprentice. She stepped forward, placing herself between Connor and the old man. Her skin glowed pale in the light of the full moon, and eyes he remembered being so dark they were nearly black watched him with anger burning in their depths. “Ulster needs a king before Maive’s raids turn to war. Will you help or not?”


Connor looked from the young woman to Cathbad. Hatred for the old druid clenched his throat and squeezed at his heart. The man’s demands and arrogance cost him his father’s life years ago, and tonight made it obvious time had humbled Cathbad. Connor couldn’t imagine the druid he’d loathed for years asking aid from a sphinx, a hunter, and a lowly healer.


The apprentice, Deirdre if Connor remembered correctly, thanked the two of them before looking back to him. “And you?” she asked.


“You’ll need someone who’ll actually tend the sick and injured, I suppose,” Connor replied. “When do we leave?